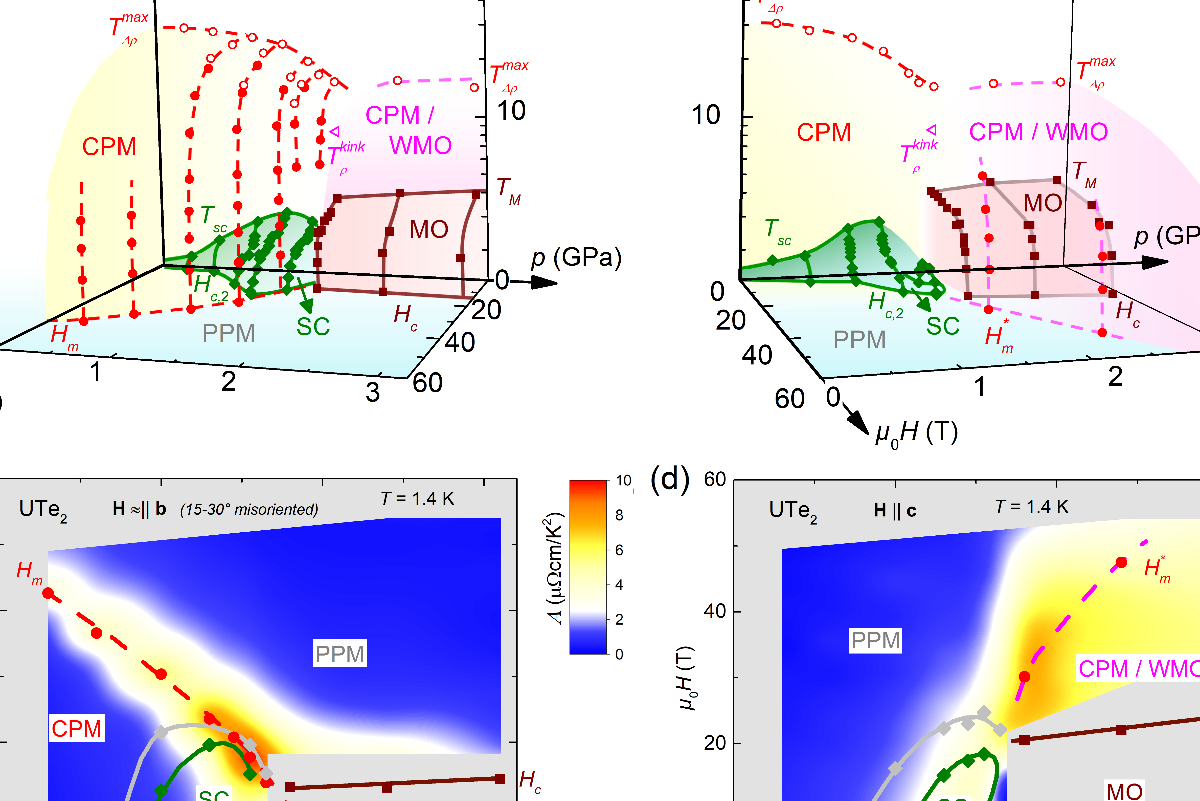 For UTe2 it has already been shown that hydrostatic pressure induces an enhancement of the superconducting temperature by a factor 2, reaching about 3K [1]. The effect of magnetic field on the ambient pressure superconductivity of UTe2 is very unusual, with the superconducting critical exceeding 60 T for certain directions of applied field. A challenge is now to characterize the effects of combined pressure and magnetic fields applied along variable directions in this strongly anisotropic paramagnet.

In this paper the electrical resistivity of UTe2 under pressure up to 3 GPa and pulsed magnetic fields up to 58 T along the hard magnetic crystallographic directions b and c is investigated. We construct three-dimensional phase diagrams and show that the application of pressure and high magnetic field on UTe2 leads to an extremely complex phase diagram with a complete reshuffling of the magnetic anisotropy and strong associated effects on superconductivity. Near the critical pressure, a field-enhancement of superconductivity coincides with a boost of the effective mass related to the collapse of metamagnetic and critical fields at the boundaries of the correlated paramagnetic regime and magnetically-ordered phase, respectively. Beyond the critical pressure, field-induced transitions precede the destruction of the magnetically-ordered phase, suggesting an antiferromagnetic nature.

By bringing new elements about the interplay between magnetism and superconductivity, our paper appeals for microscopic theories describing the anisotropic properties of UTe2 under pressure and magnetic field. Three-dimensional (p,H,T) phase diagrams and evolution of the Fermi-liquid coefficient A in the low-temperature (p,H) planes of UTe2 in magnetic fields applied along b and c