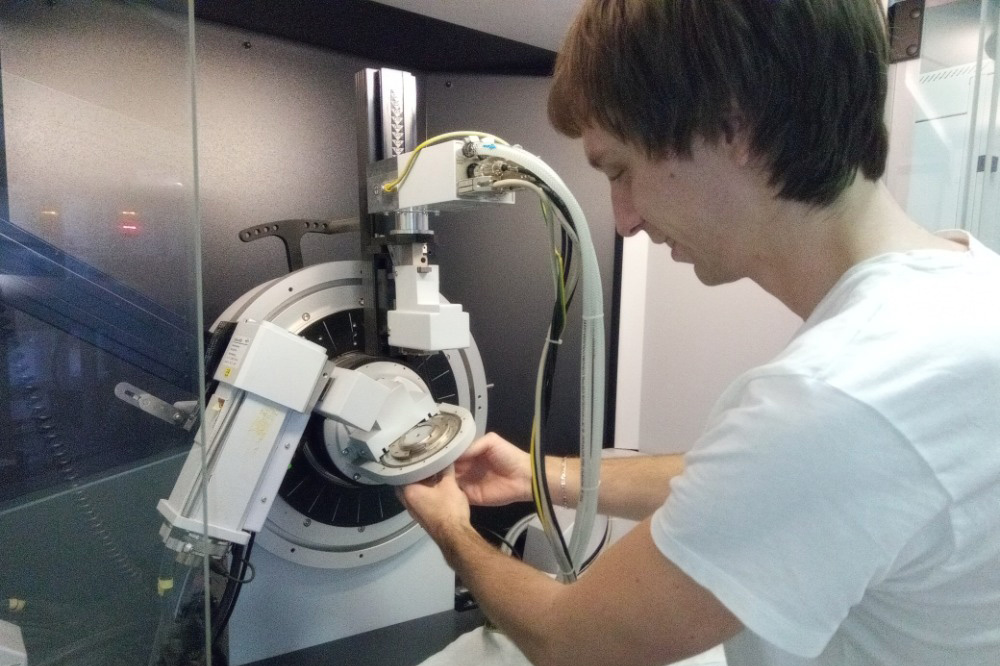 The results obtained within MGML are also included in the diploma thesis “Unconventional behavior of Ce and Yb compounds induced by extreme pressure” (Petr Král). Petr Král won third place in the competition for the best thesis in material sciences held annully by the CRYTUR Company Cena CRYTUR. A total of 31 diploma theses defended in 2020 from a wide range of materials science disciplines were submitted to this year’s Crytur Awards.

The thesis is focused on the study of magnetism in the Ce2Pd2In intermetallic compound (tetragonal structure P4/mbm), especially with respect to the influence of high pressure, both hydrostatic and uniaxial, on the magnetic interactions in the system.

Overall ambient pressure characterization of the compound provides the ground for explanation of pressure acting, considering the anisotropy of physical properties.

Based on obtained results, hydrostatic pressure is supposed to influence the basal plane distances in higher rate, where the magnetic nearest neighbors (Ce-atoms) lie and where the antiferromagnetic interactions prevail. This leads to the preference of antiferromagnetic (AFM) phase over the ferromagnetic (FM) one upon higher pressure application. The second shortest Ce-distance is situated along the direction of crystallographic c-axis, where the ferromagnetic interactions are dominant. Despite the fact, that this Ce distance is very close to that one in basal plane the change of interaction character has not been observed and the width of AFM region is not affected by uniaxial pressure in the applied range of pressures.

The different impact of hydrostatic and uniaxial pressure is anyway clearly visible as shown in p-T phase diagrams. The choice of pressure experiment allows us to influence the hierarchy of exchange interactions in the given type of material.

Press article (in czech) about the success was published on the Faculty webpage.