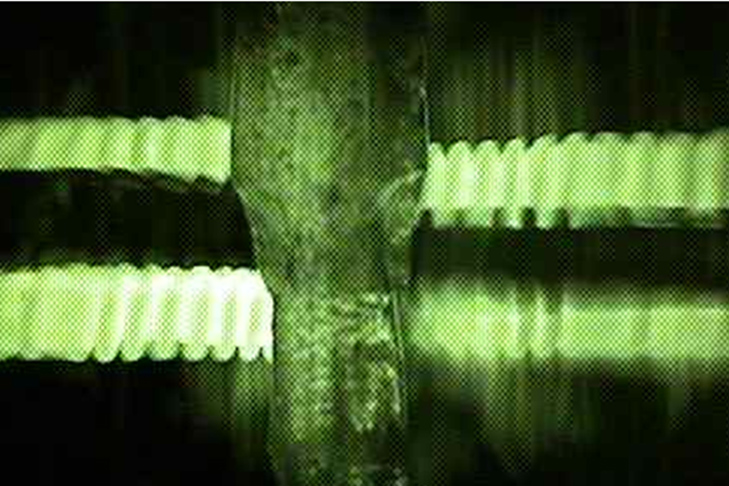 Studies of UNi4B, a pseudo-honeycomb antiferromagnets, is typical example of a long-term experimental proposal at MGML. PhD student H. Saito from Hokkaido University spent almost a year in Prague to conduct his research. Under the local supervision, he attempted to grow several single crystals of UNi4B by Czochralski and floating zone methods and performed detailed characterization.

The single crystal growth of on UNi4B was quite challenging. First attempt with Czochralski method led to rather mosaic single crystals, while using the floating zone method, the crystals were free of mozaicity (within the resolution of XRD Laue method). However, small amount of impurity phases was resolved by microprobe analysis. Floating zone technique was chosen as the more promising one; the growth parameters (composition, growth speed and atmosphere) were adjusted to obtain impurity-free single-crystals, which were further studied by means of crystals structure, magnetic and charge transport properties. At the final stage, single crystals from 11B isotope were also grown to be used for neutron diffractions studies at Institut Laue-Langevin (ILL).

MGML is one of the few European laboratories holding an official license for onsite manipulation of materials containing U and Th for research purposes. It allows the synthesis and measurements of materials containing these elements using state-of-the-art equipment. In this way, MGML users can also prepare and characterize samples for further experiments at large European facilities (such as EMFL or ILL).

Electric quadrupolar response studies by ultrasound measurements at Dresden High Magnetic Field Laboratory, the Helmholtz-Zentrum Dresden-Rossendorf, were performed on high quality single crystals grown in MGML. The ultrasound technique combined with the advanced high-magnetic-field generation equipment at the HLD and the HFLSM, Tohoku University can sensitively observe the orbital degrees of freedom. We performed precise measurements of the electric quadrupoles derived from the orbital degrees of freedom in the vortex magnetic state of UNi4B. Strong correlations have been observed between the magnetic vortices and electric quadrupoles in these experiments. These findings advance our understanding of the fundamental phenomena related to the interaction between quadrupolar degrees of freedom and magnetic vortices. It might provide a cornerstone for the realization of completely new quantum information devices that control various quantum degrees of freedom of electrons in solids in future applications. 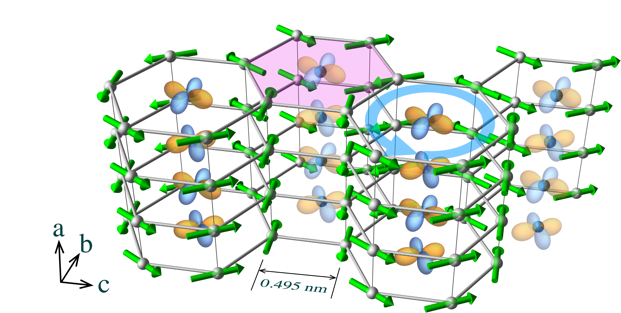 The results recently published in Physical Review Letters were also selected for Press Release of Hokkaido University (Japanese) and as research highlight in the EMFL news N°1 2021.